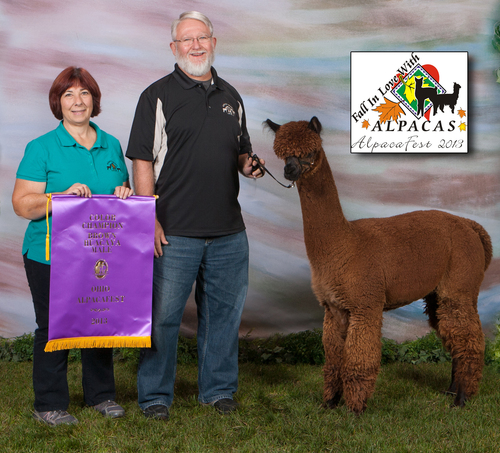 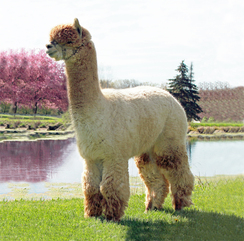 Ask a question
Details
Certificate
THE CAPTAIN is a stunning dark brown three year old out of JLFA PERUVIAN MARGHARITA and the Multi-Champion winner HEAVEN'S HILL MERCUCIO. THE CAPTAIN possesses a terrific fleece that is fine, dense, and very uniform - with strong structure throughout. All of this is on top of a perfectly correct frame, besutiful head, and great temperament. He comes by all of this honestly - Mom is the medium rose grey look-a-like daughter of Derwydd Peruvian Chilchu who was the high selling female at 2006 Futurity for $100,000. He is the first cria we had out of our featured fawn herdsire, MERCUCIO, a 6X banner winner known for his awesome density and fleece characteristics. We could not be more pleased with this offspring but since we own mom and dad (and certainly plan to repeat this breeding) we are willing to let him go to a farm looking for a future herdsire with great color possibilities. We love him so much we would really welcome a 1/2 interest partnership as well!

ASGARD ACRES want everyone desiring to own Alpacas to have the same golden opportunity they have enjoyed. We therefore offer financing on any purchase with a generous "no interest" policy FLASH: Pay only $500 at time of breeding and balance due at registration 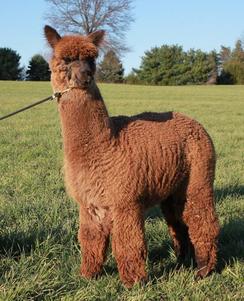 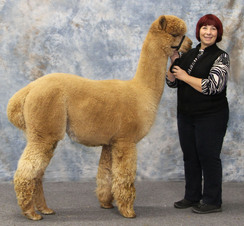 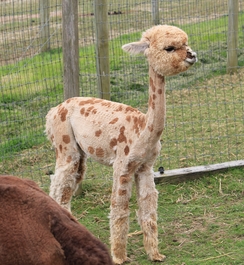